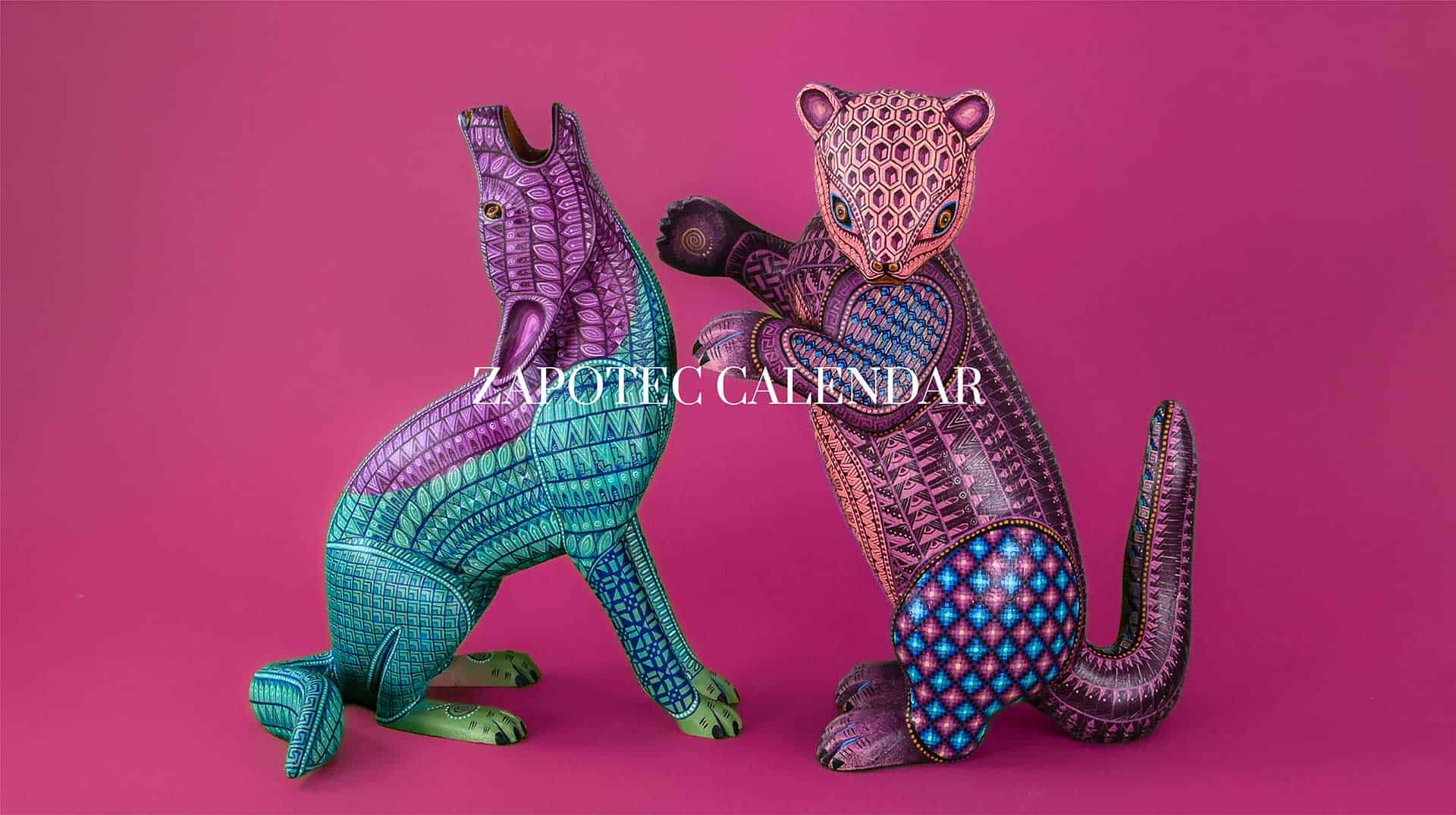 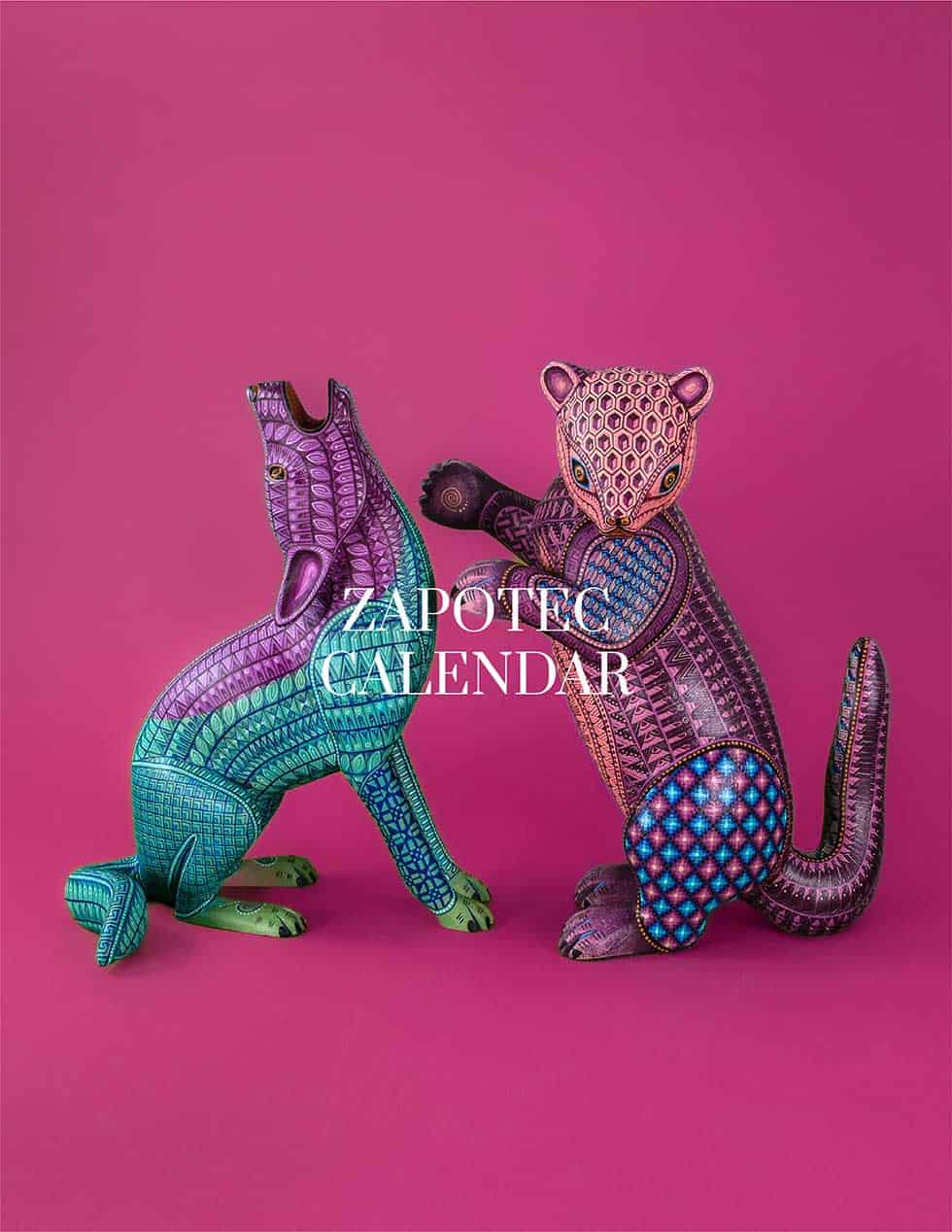 The Zapotec Calendar is composed of 13 months integrated by 20 days Each day is ruled by an animal, generating a cycle that repeats month after month.

In the Museum of Cultures of Oaxaca, there is a board of this calendar, which has the picture of the 20 animals that constitute it. However, some elements of the piece are ineligible because of deterioration, keeping the rest of the information incomplete, almost as a kind of secret.

Many years ago, this fact awakened a deep attraction in the minds of the masters Jacobo and María, who, appreciating this treasure, became interested in the mysticism of this way of understanding, organizing and living time. This is how the Zapotec Calendar collection was born, the result of a vast research that began in the late 90’s, which has been nurtured over the years, and by providing body and form to the craft of the elaboration of wood carved figures, today is exercised as an artistic and spiritual practice.

Iguana, coyote, turtle, chameleon, snake, armadillo, deer, rabbit, frog, dog, monkey, owl, possum, jaguar, eagle, cenzontle, butterfly, snail, fish, and hummingbird: 20 animals that are interpreted from different cosmovisions, families and ethnic groups. Animals that inhabit the different regions of the State of Oaxaca. Every community has had a different relationship with each one of them, generating a multiplicity of connotations, and at the same time, coinciding in core points that denote the true nature of each animal.

The Jacobo y María Ángeles workshop presents this series of pieces with pride and knowledge. A project that ranges from miniature silver jewelry, the now classic wood carving, to the conception of monumental exercises As a way of thanking for their 28 years, the workshop is pleased to present the origin of their artistic understanding, inspiring also the conception of tonas and nahuales.

The history of the workshop with the Zapotec Calendar emerges from the particularities of memory, myth, and legend, as well as from the coincidences in the primary values of the culture. An allegory to the construction of the sense of belonging and identity. Being and knowing to be Zapotec. 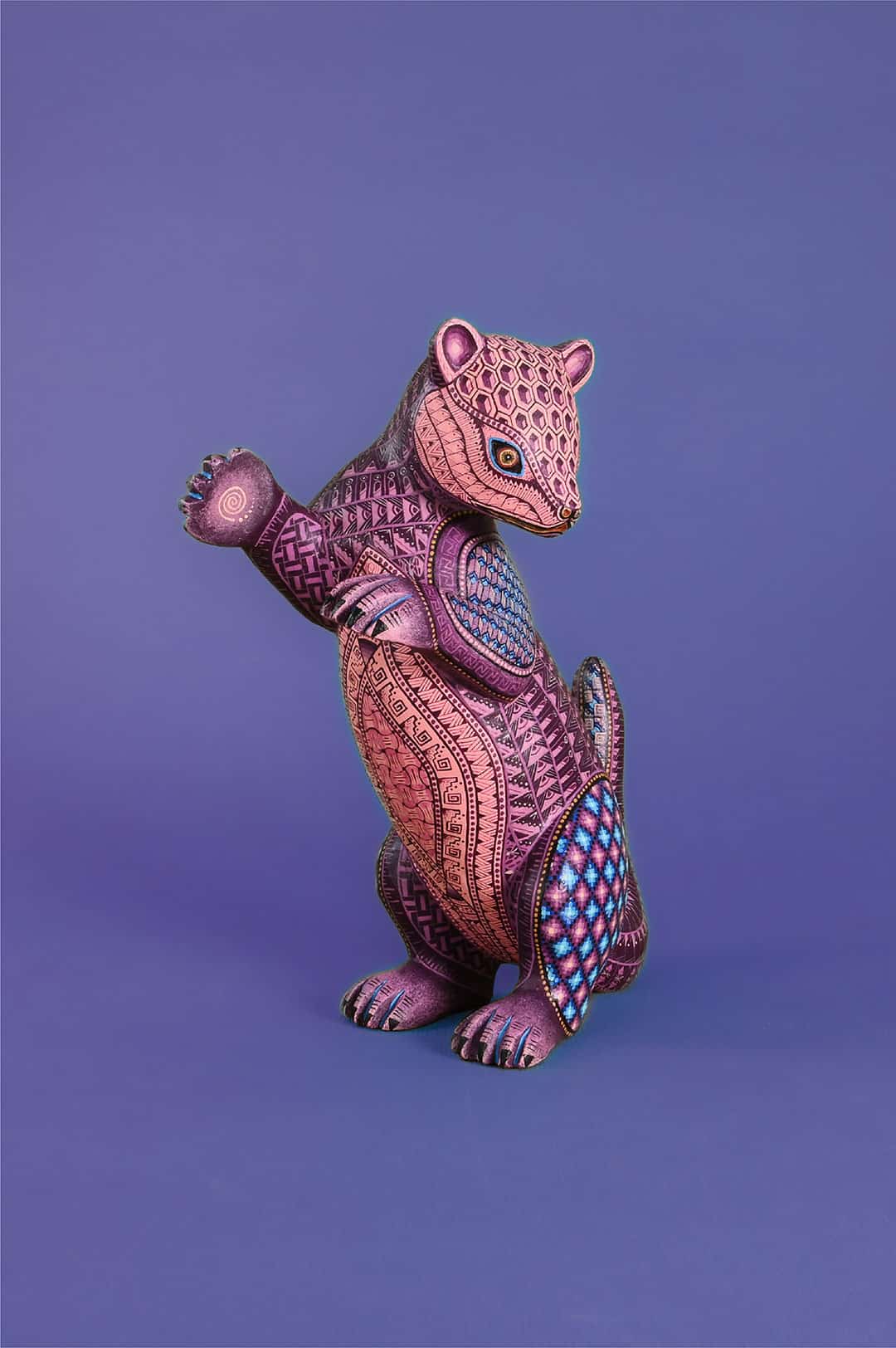 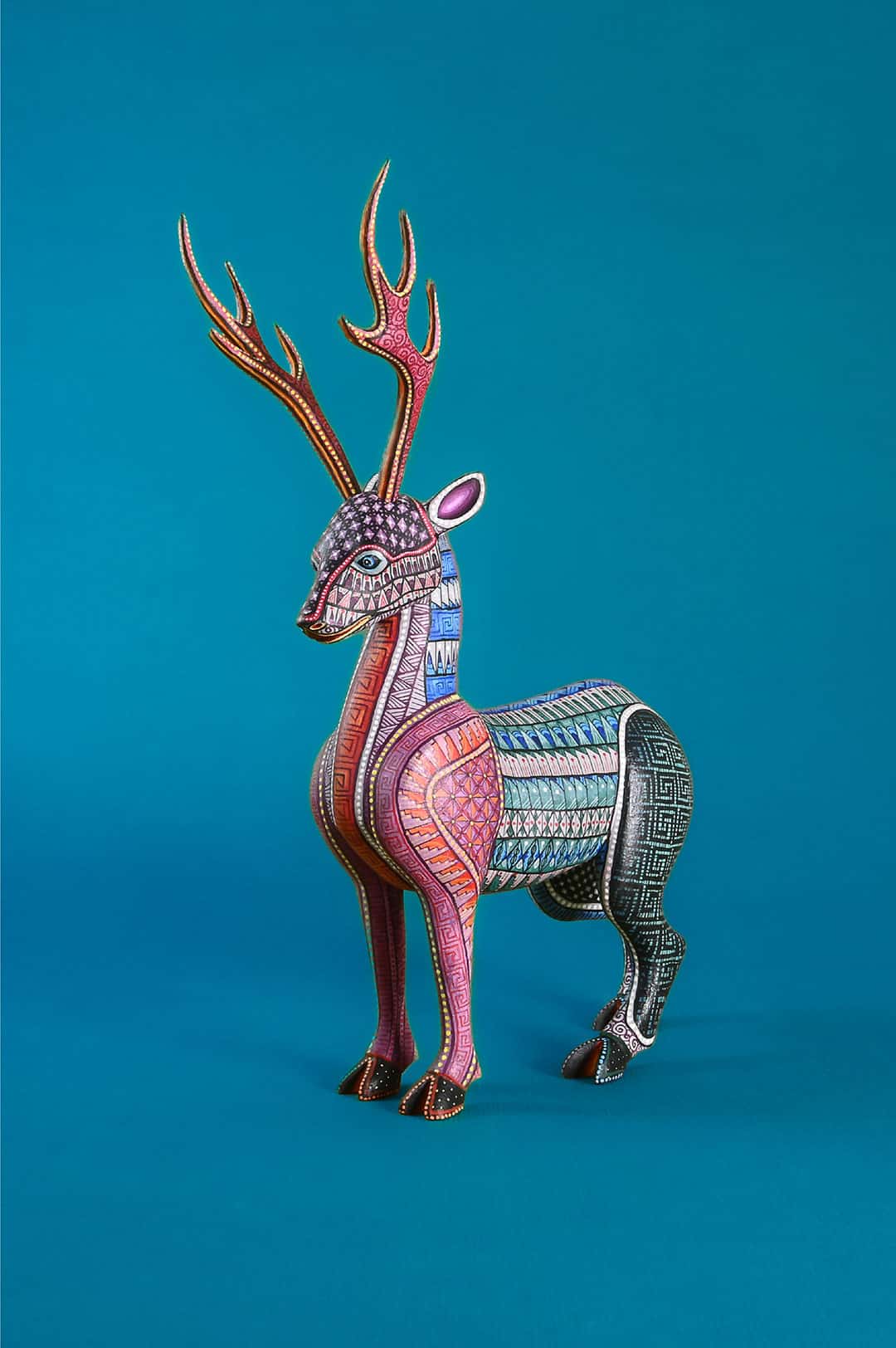 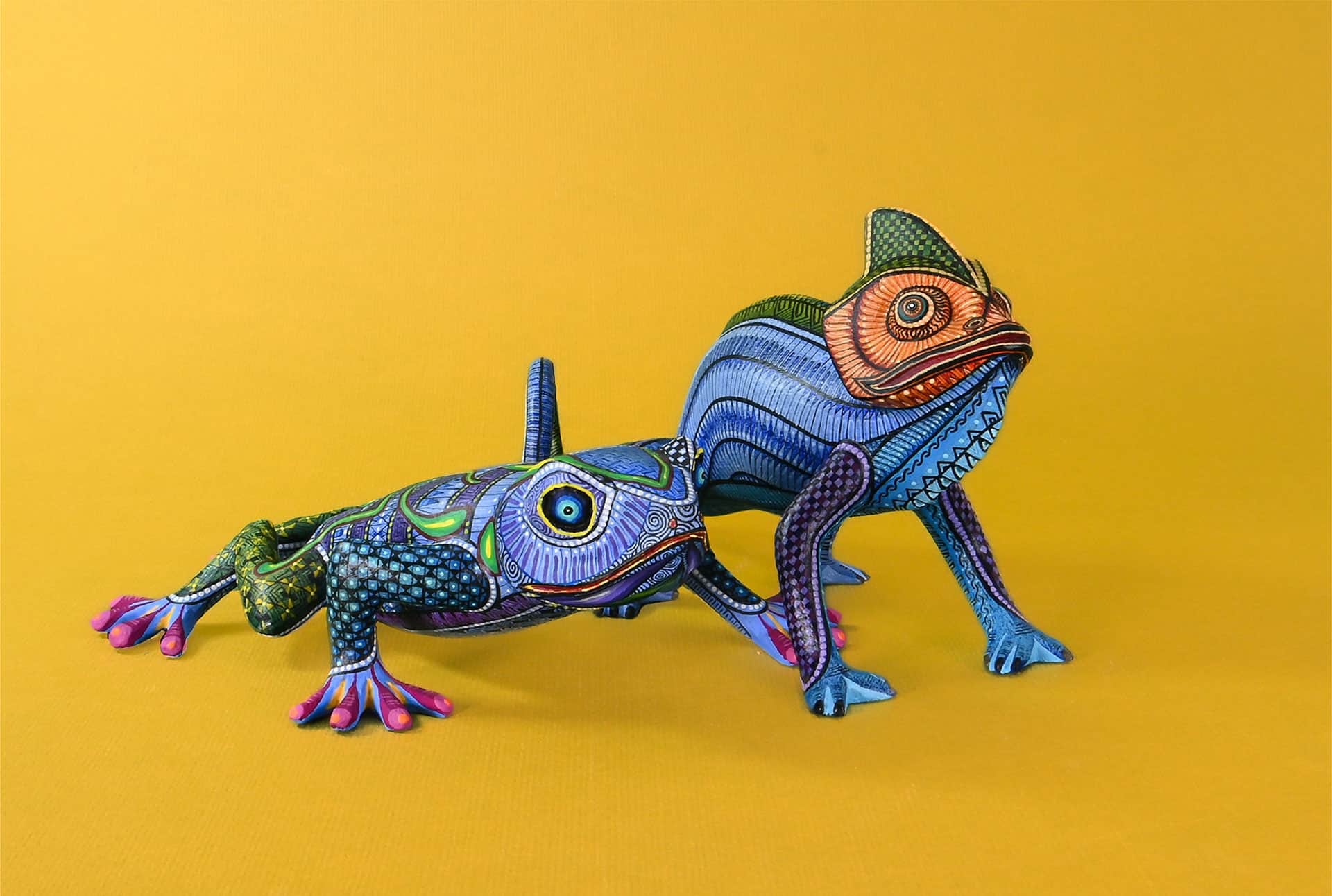 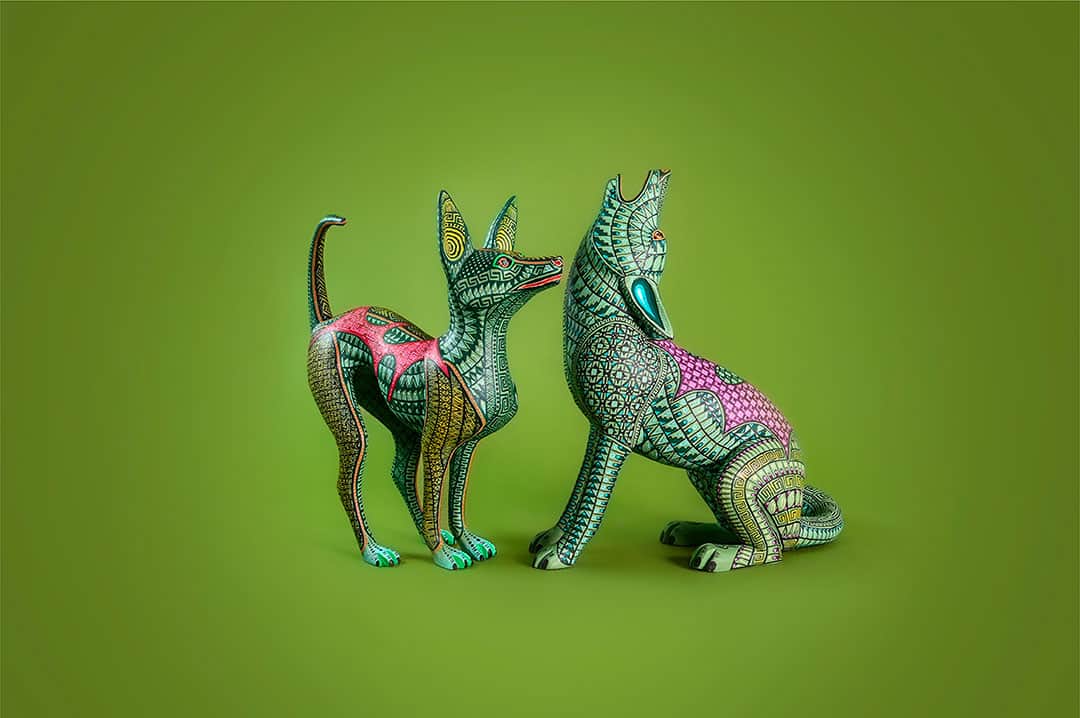