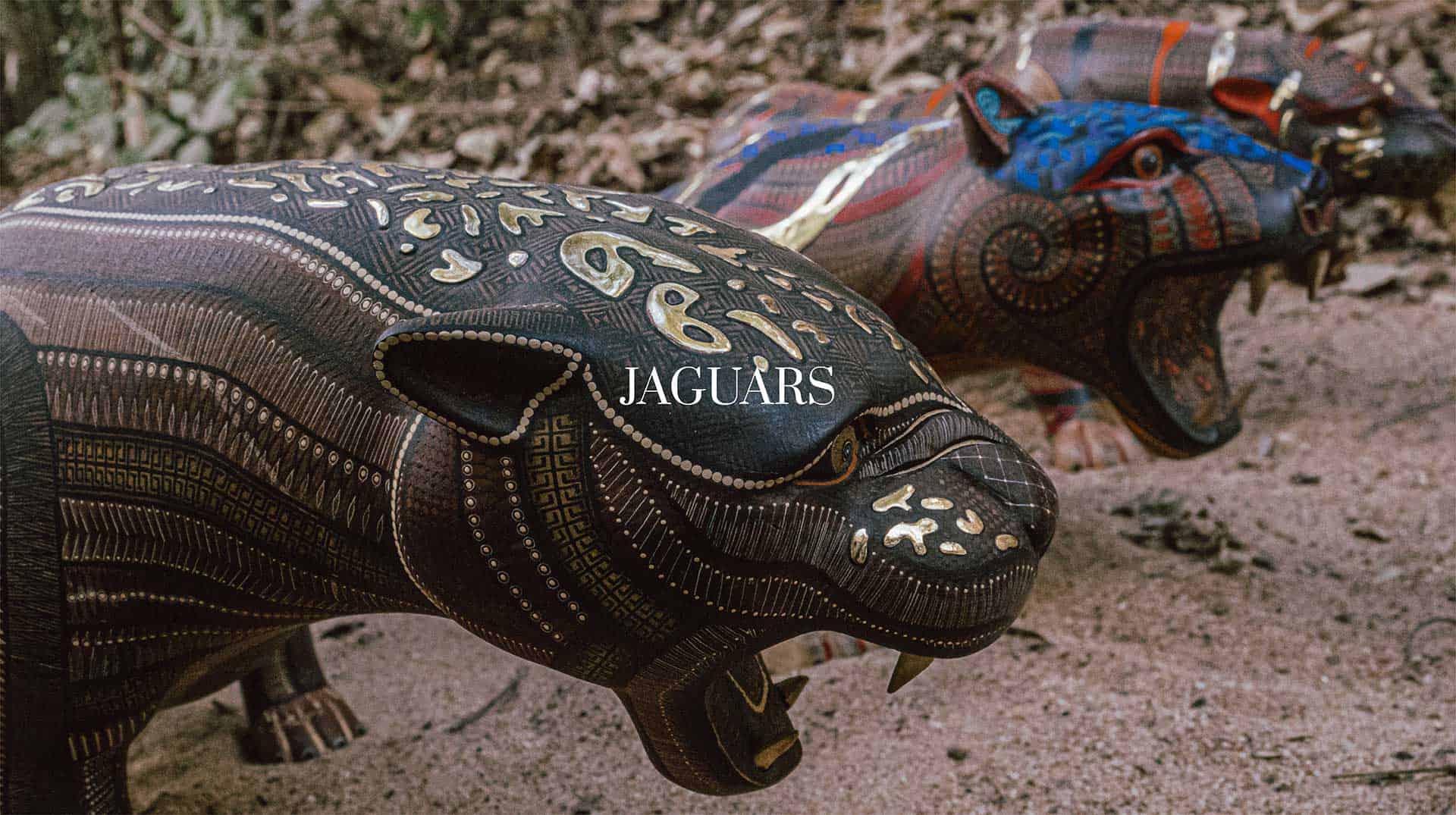 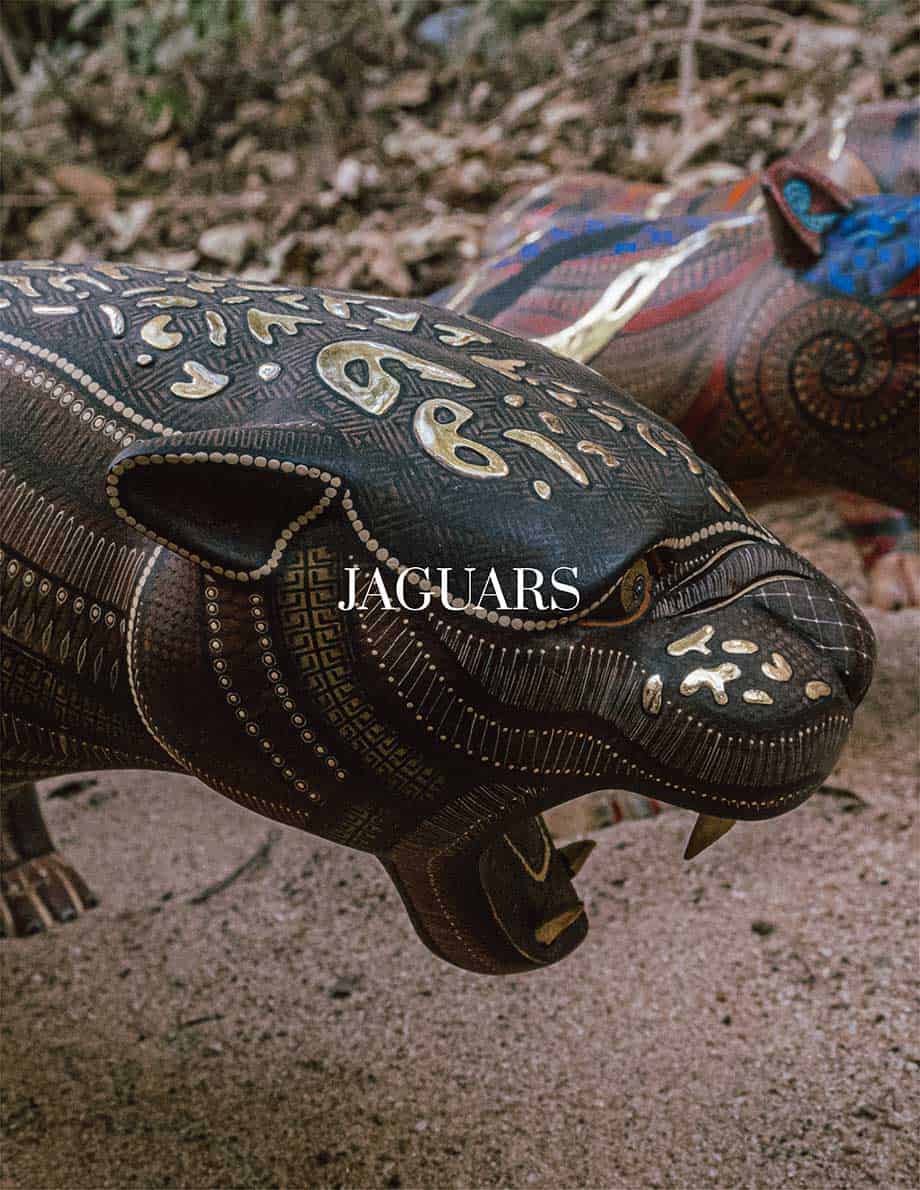 Jaguars are extraordinary animals, strong, stealthy and fast. The Guarani called them “yaguá-eté” which means “true beast”, and it is not for less, because their countless skills have characterized them as a felid of insuperable grace, capable of overcoming anything that comes its way. This fact has led it to be conceived as a symbol in multiple cultures: it is carried in the form of clothing, emblems, figurines, etc. In the jaguar they look for strength, cunning and other skills that we lack so much. The jaguar is even associated with gods in various religious beliefs of different indigenous ethnic groups.

Although this animal is fundamentally solitary, there are records of its actions in a herd, this being one of them. The pieces exhibited below present a novelty in forms and strategies. The intervention of these figures reveals from the outside, almost in a brutalist way, their wooden structure carved in ironwood. This respect for the background allows us to appreciate the materiality of the wood itself, allowing its conception as part of the range, not only of colors, but also of possible textures. Each piece is decorated with gold leaf applications, visually highlighting the symbolic elegance of the jaguar. 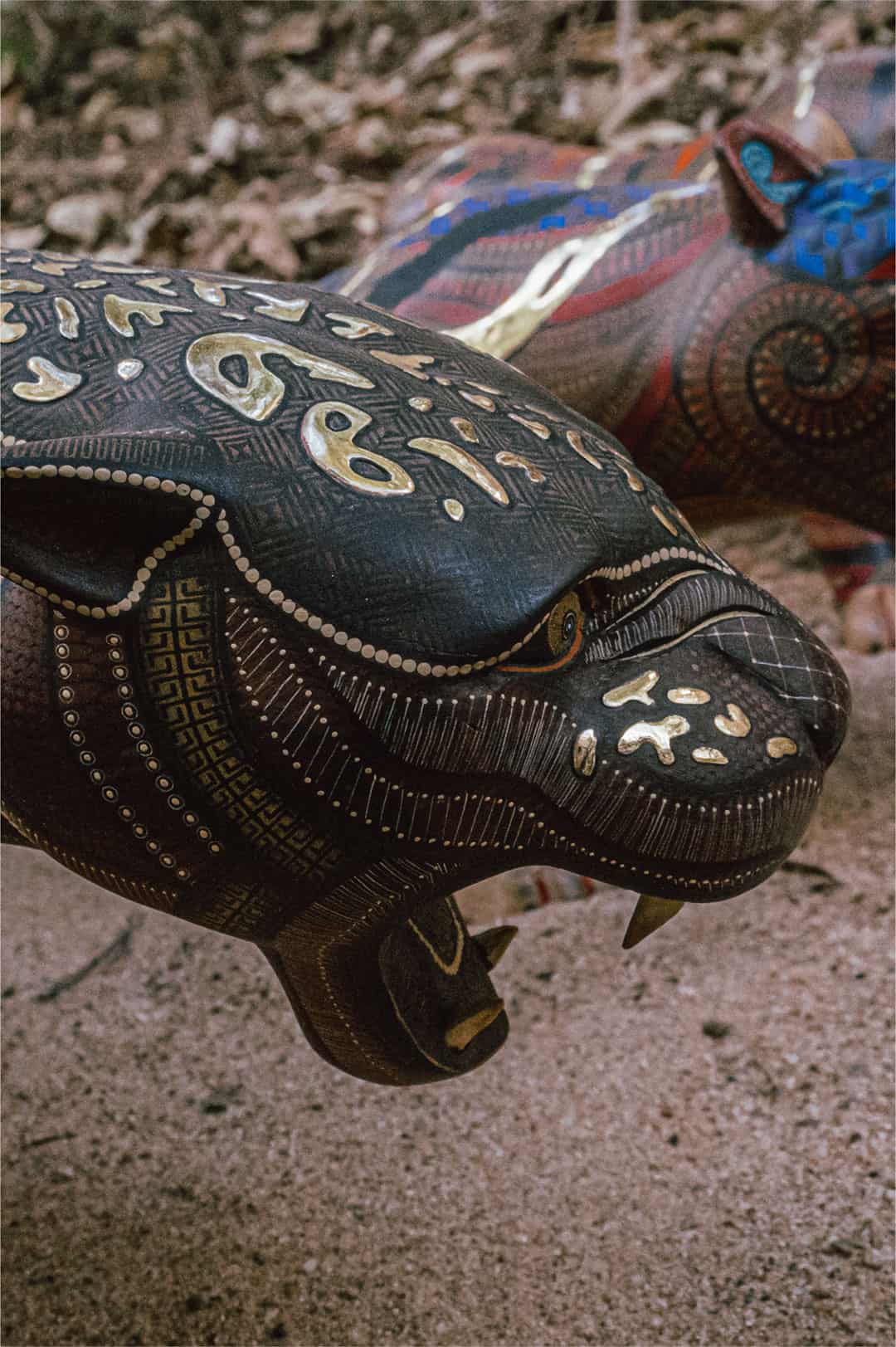 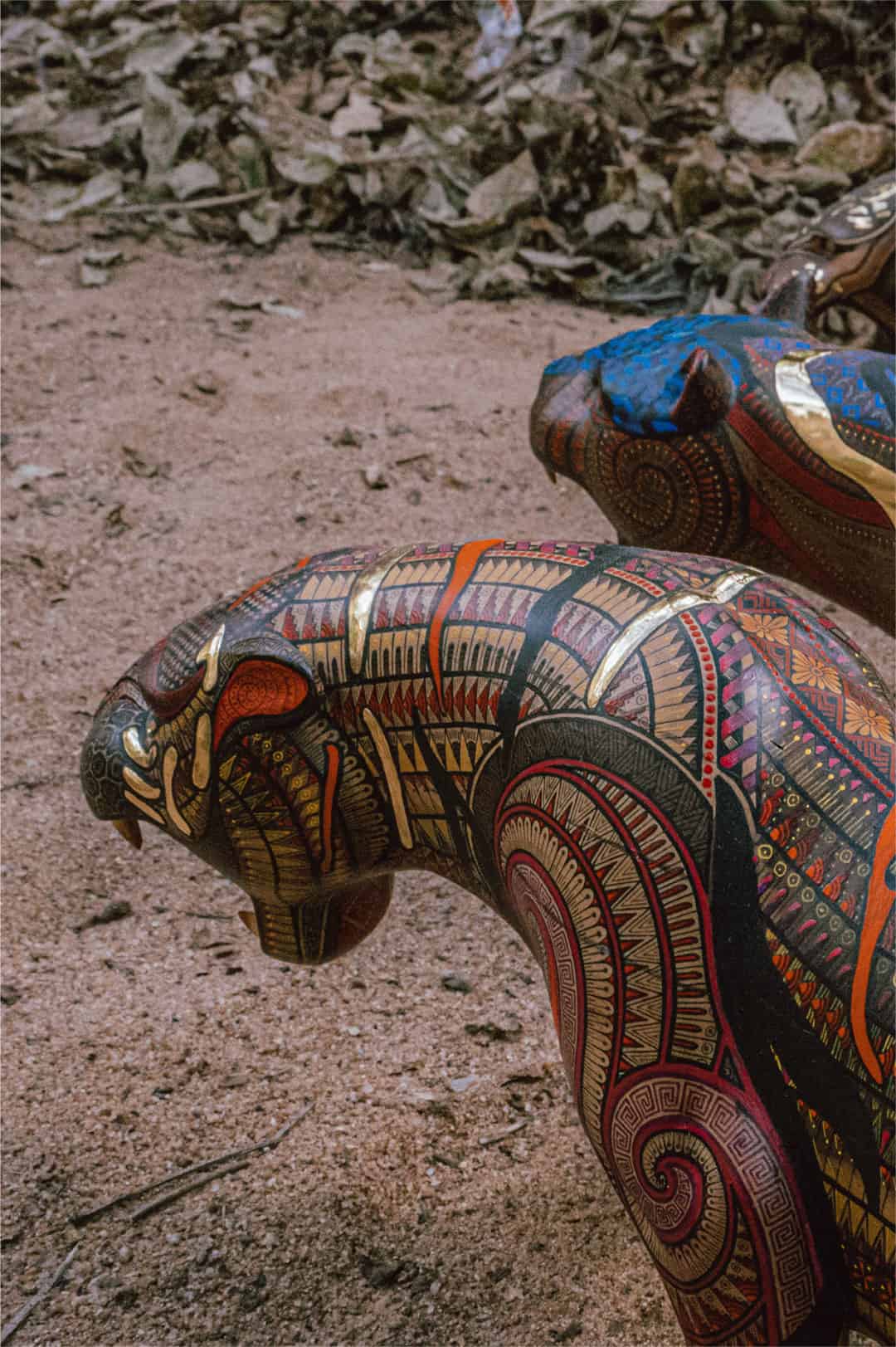