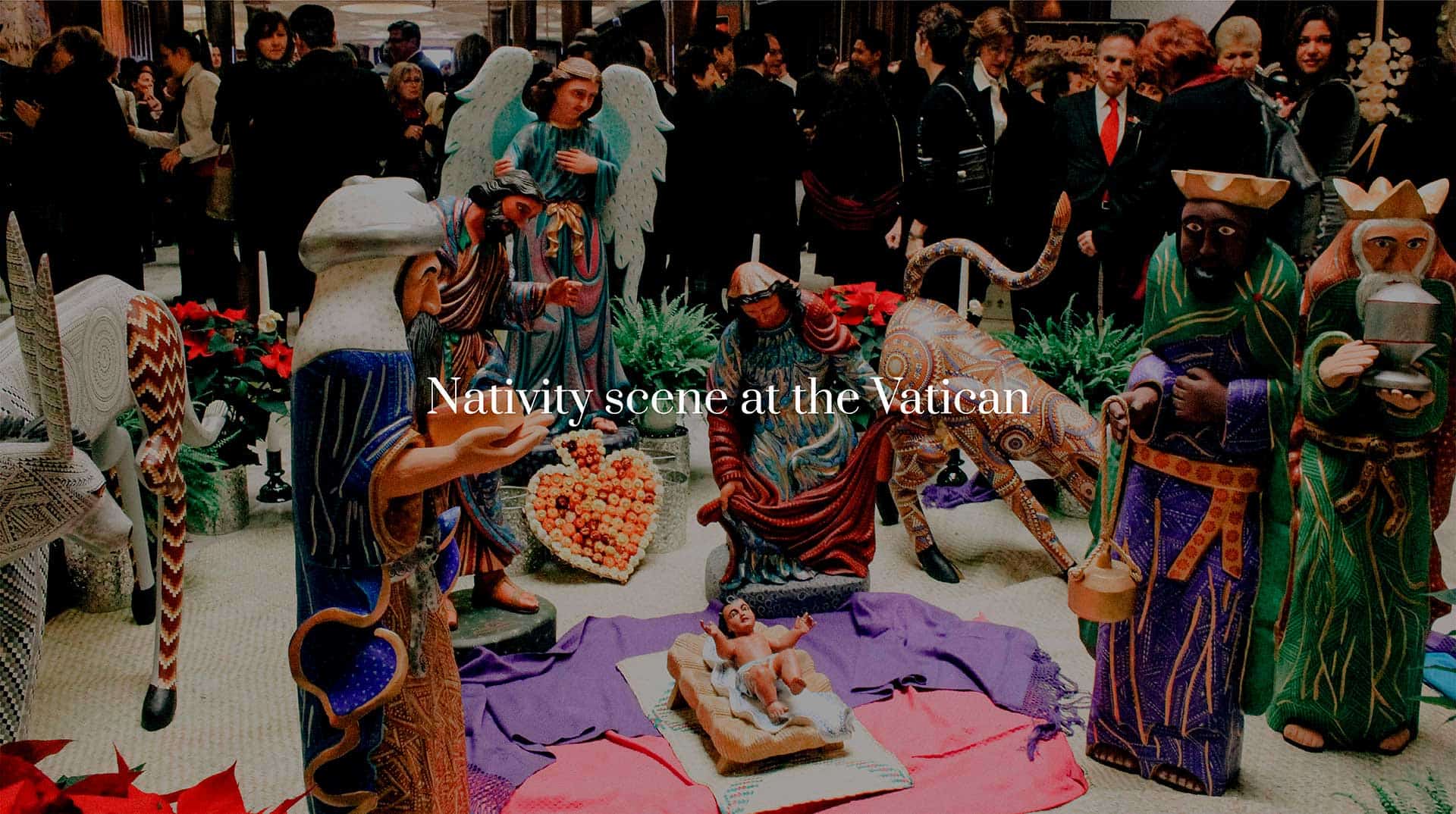 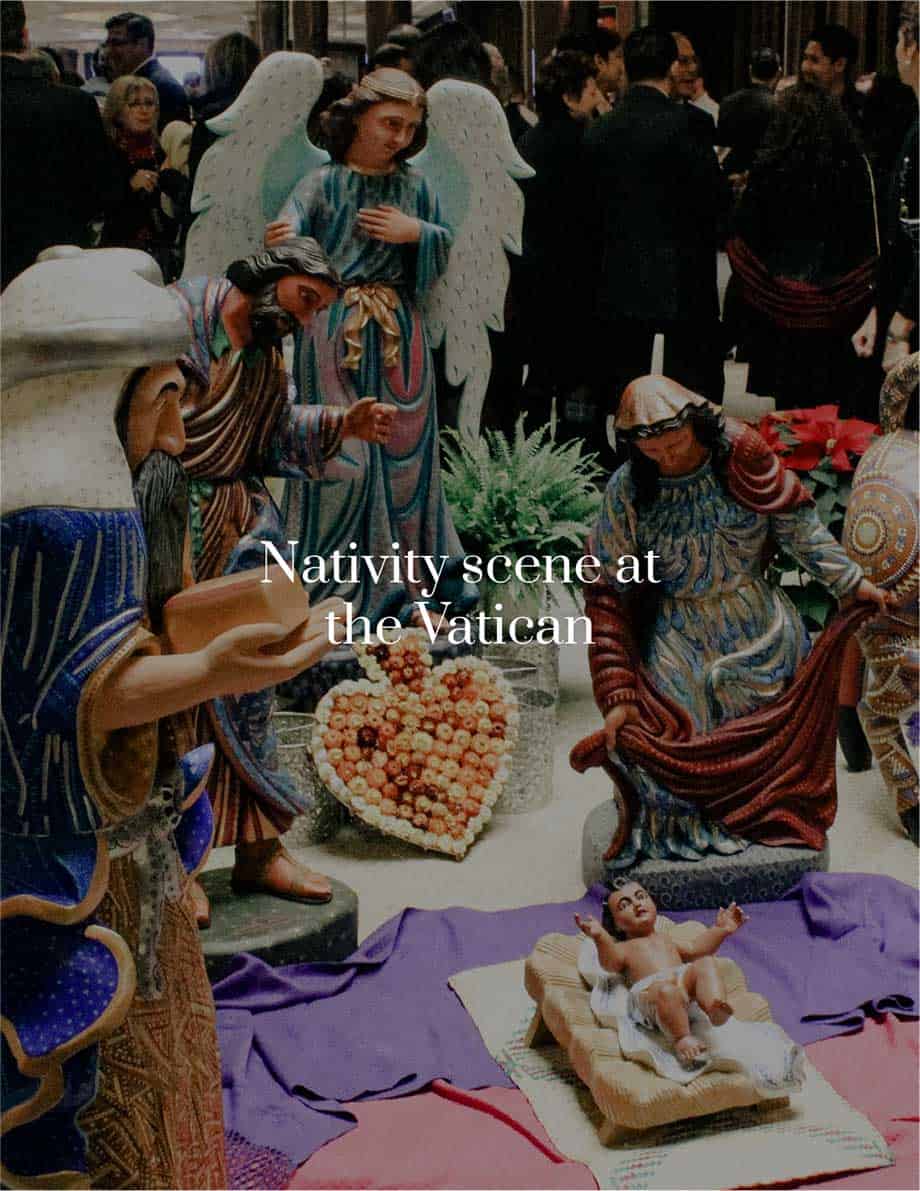 The Mexican Christmas at the Vatican is a tradition that has lasted more than ten years. This event, which is carried out in coordination with the Embassy of Mexico, consists of annually bringing the presence of a Mexican State to decorate with handicrafts the multiple areas that the Vatican City has: the Christmas trees, the nativity scenes of the Vatican Museums and the Paul VI Hall, where Pope Francis holds his General Audiences on Wednesdays.

It was in 2014 when Taller Jacobo y Maria Angeles was present in this important festivity, by exhibiting a nativity scene with carved wooden figures between 120 and
125 centimeters, decorated with symbols of the Zapotec culture.

This event marked a before and after within the line of production and conceptualization in the workshop, due to the symbolic responsibility that became tangible at the moment of combining the Zapotec cosmovision with sacred art. It is important to emphasize that in ancient times, Catholic figures and indigenous symbologies were not allowed to amalgamate, maintaining a halo of respect in the production of these pieces. 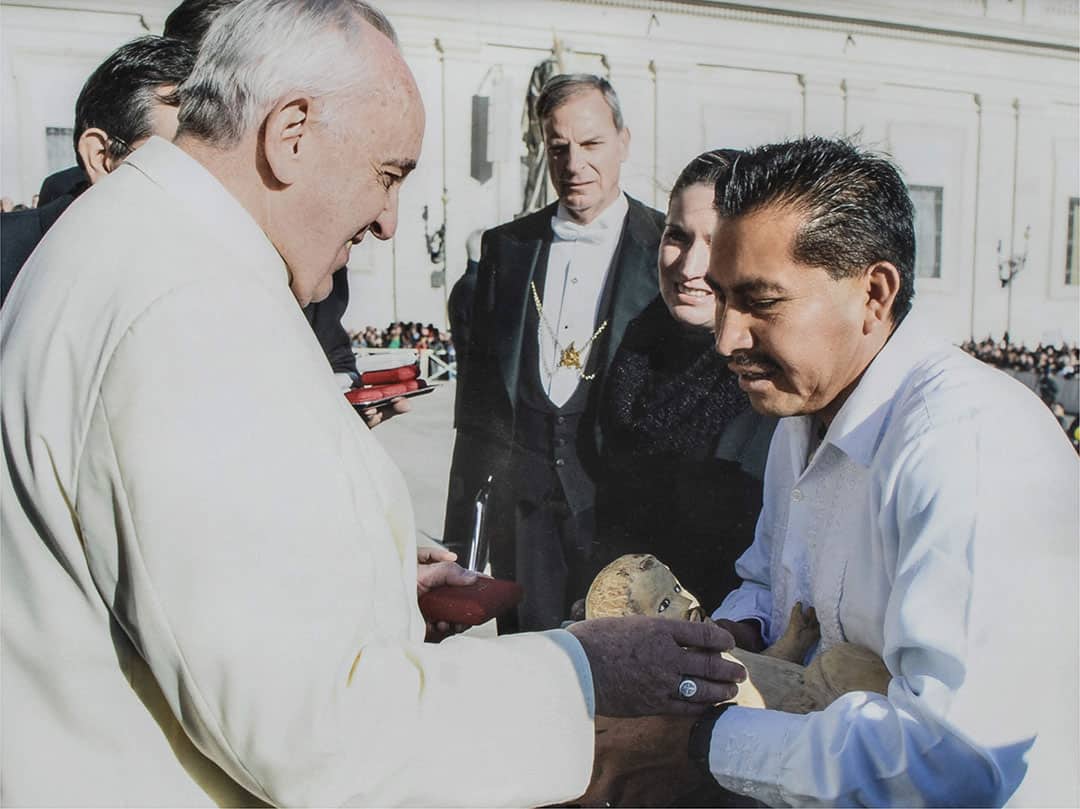 These pieces also added what was then a new technique for the workshop: gold leaf decoration. A practice that has been carried out since colonial times.

Thus, once again, Jacobo and María’s workshop brings us closer, through their pieces, to a new way of understanding ourselves culturally through syncretism. Also demonstrates that any symbolic manifestation is possible. 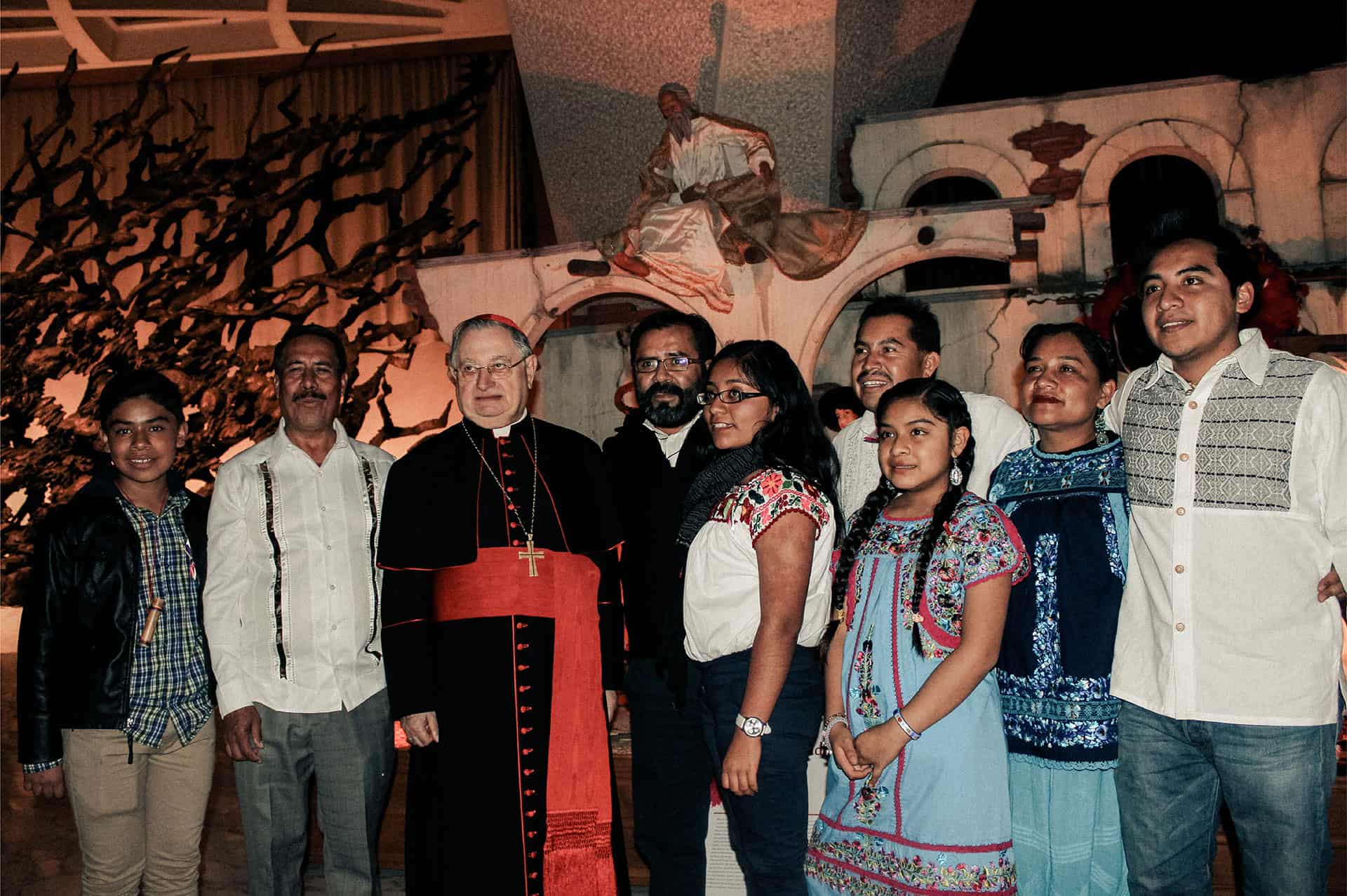