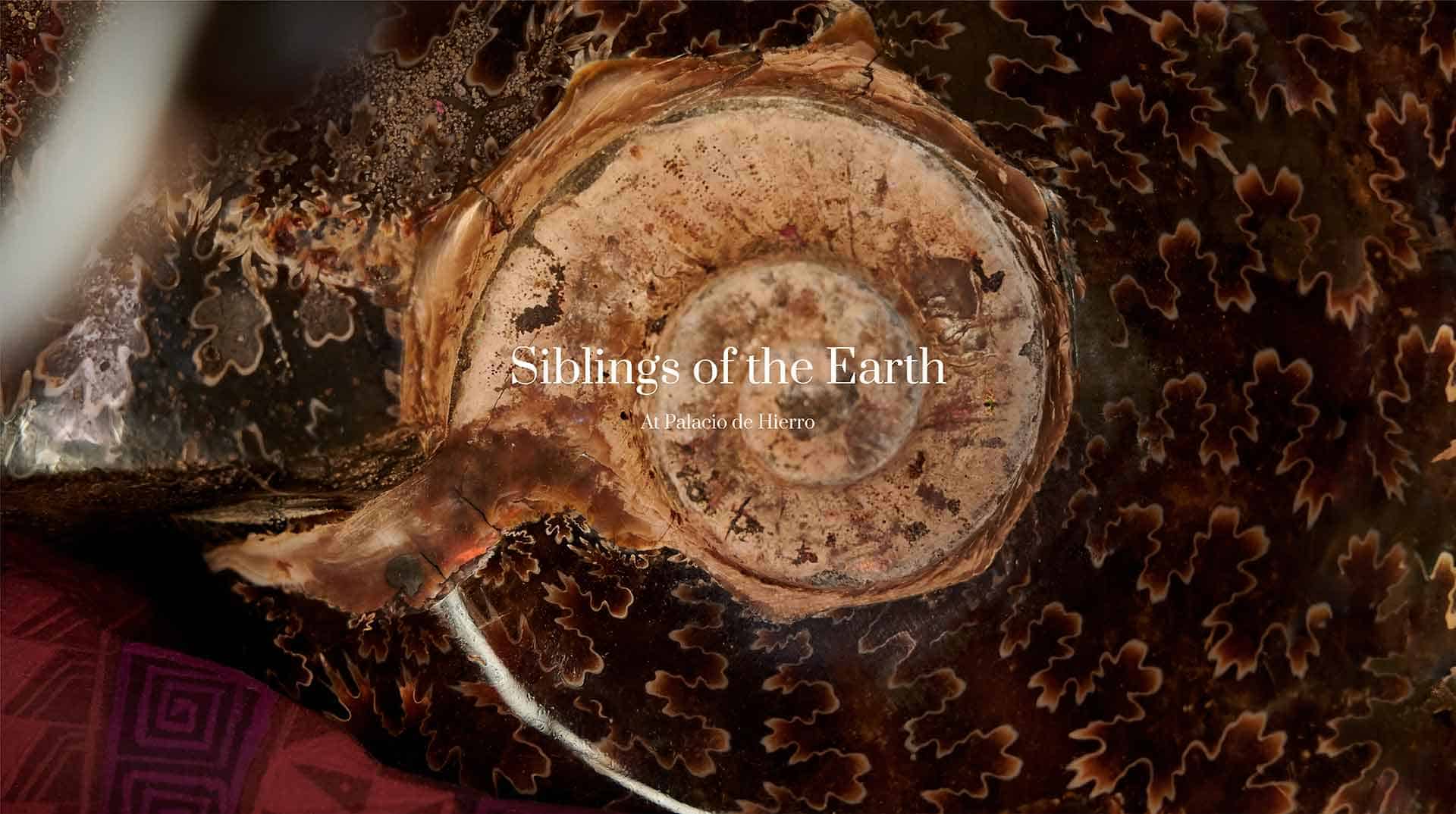 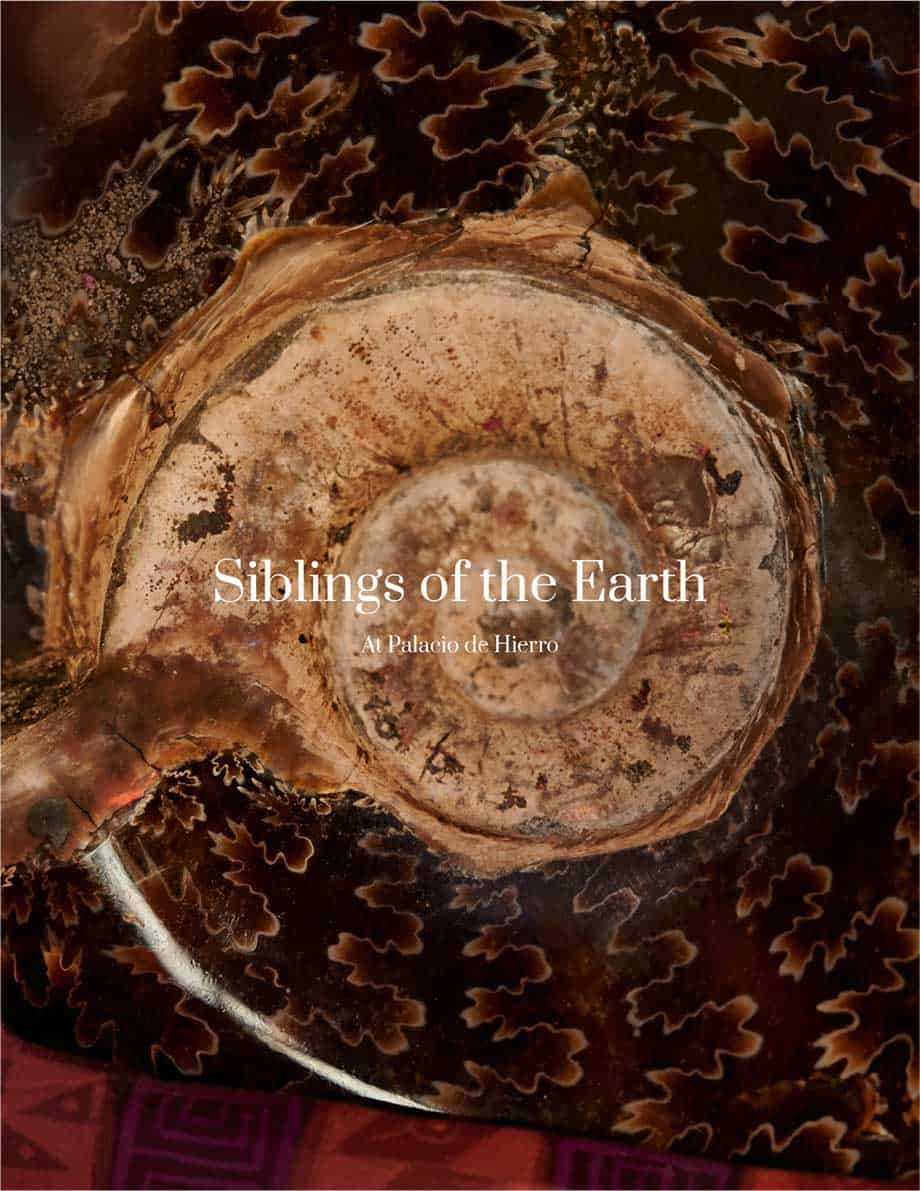 The idea of “Siblings of the Earth” was born about 5 years ago, from a workshop ‘Search for alternatives’ that we had with the designer Oscar Vasquez Alanis, an exercise in which we worked on sensitivity. The idea was to stimulate our 5 senses, looking for an alternative in terms of materials, using what we had around us: elements of the earth and nature; objects that we found on our way, thus limiting the use of brushes and wood, with which we were accustomed to working.
Each one of us intervened in his piece, based on the use of the materials we experimented with.

Later, we went as a team to the city, to explore materials to which we did not have access before, and in the middle of that search, we entered a mineral store, where we had a first approach to the “nautilus”, which are the fossils of mollusks, thus arising the idea of integrating them into our pieces, playing with their shapes and spirals, which we love and in which we saw an infinite number of possibilities.

Later, we had the opportunity to attend the ‘Stones and Minerals’ exhibition in Tucson, Arizona, where we realized that there were pieces of much larger dimensions than we knew and our imagination flew when we thought of what we could create with these elements.

At the same time, we were beginning to rescue and give life to dead wood, which due to storms or the passage of time, ended up being abandoned on the ground.

We decided then, to make the fusion of both elements, taking advantage of the imperfections and deformations of the dead wood, perfect to splice in them, the fossils of the nautilus. 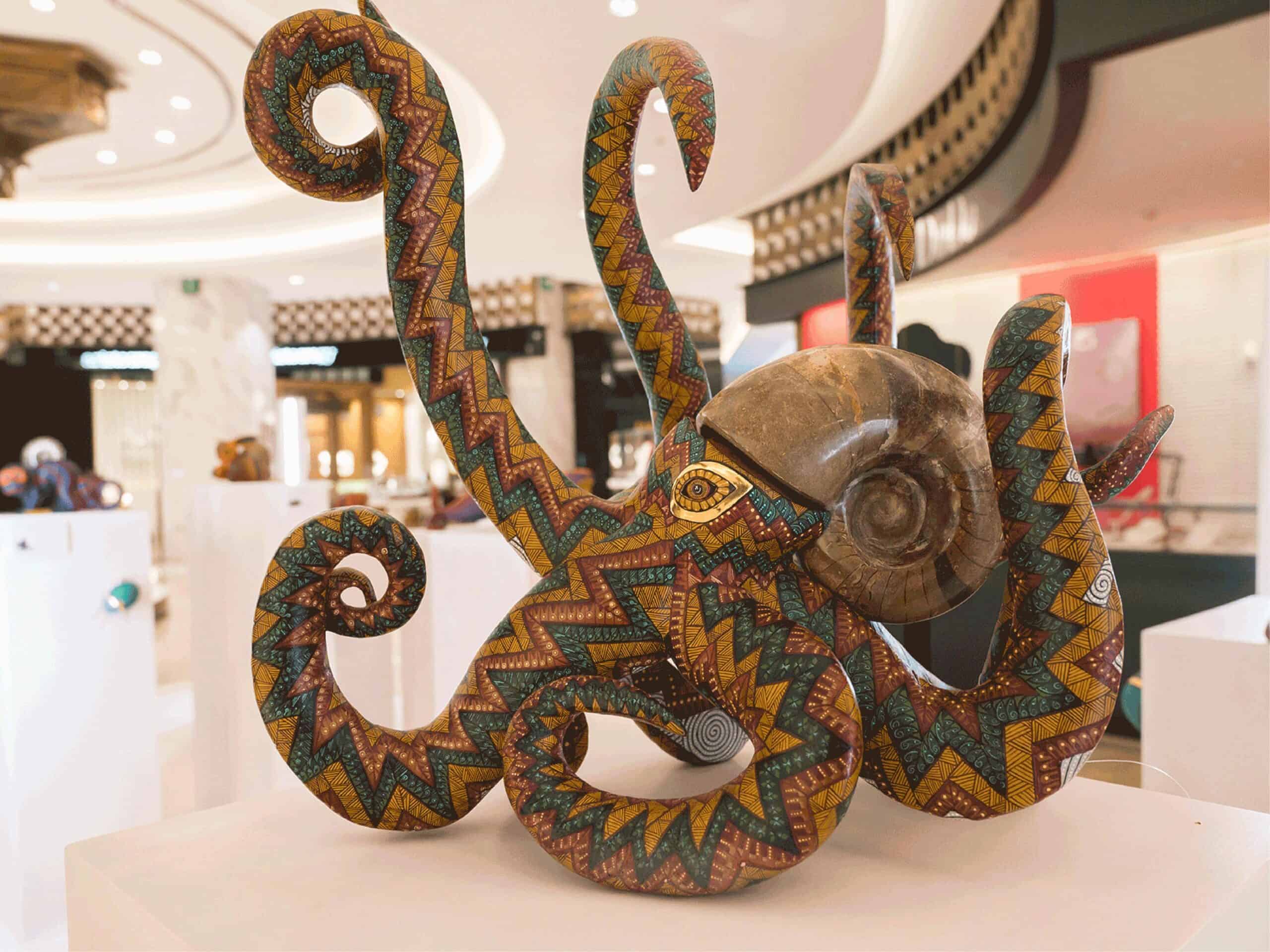 On this occasion, we had the joy of being invited by Palacio de Hierro to intervene in their space with this authentic and innovative exhibition proposal, presenting this collection, “Siblings of the Earth” composed of 40 unique and unrepeatable pieces, which show the synergy between materials that nature gives us and that immerses us in the depth of the past and our existence.

Each piece has its meaning, decorated with Mixtec – Zapotec iconography, in a unique style and aesthetic that we have developed over the years, this from a deep appreciation of our origins. 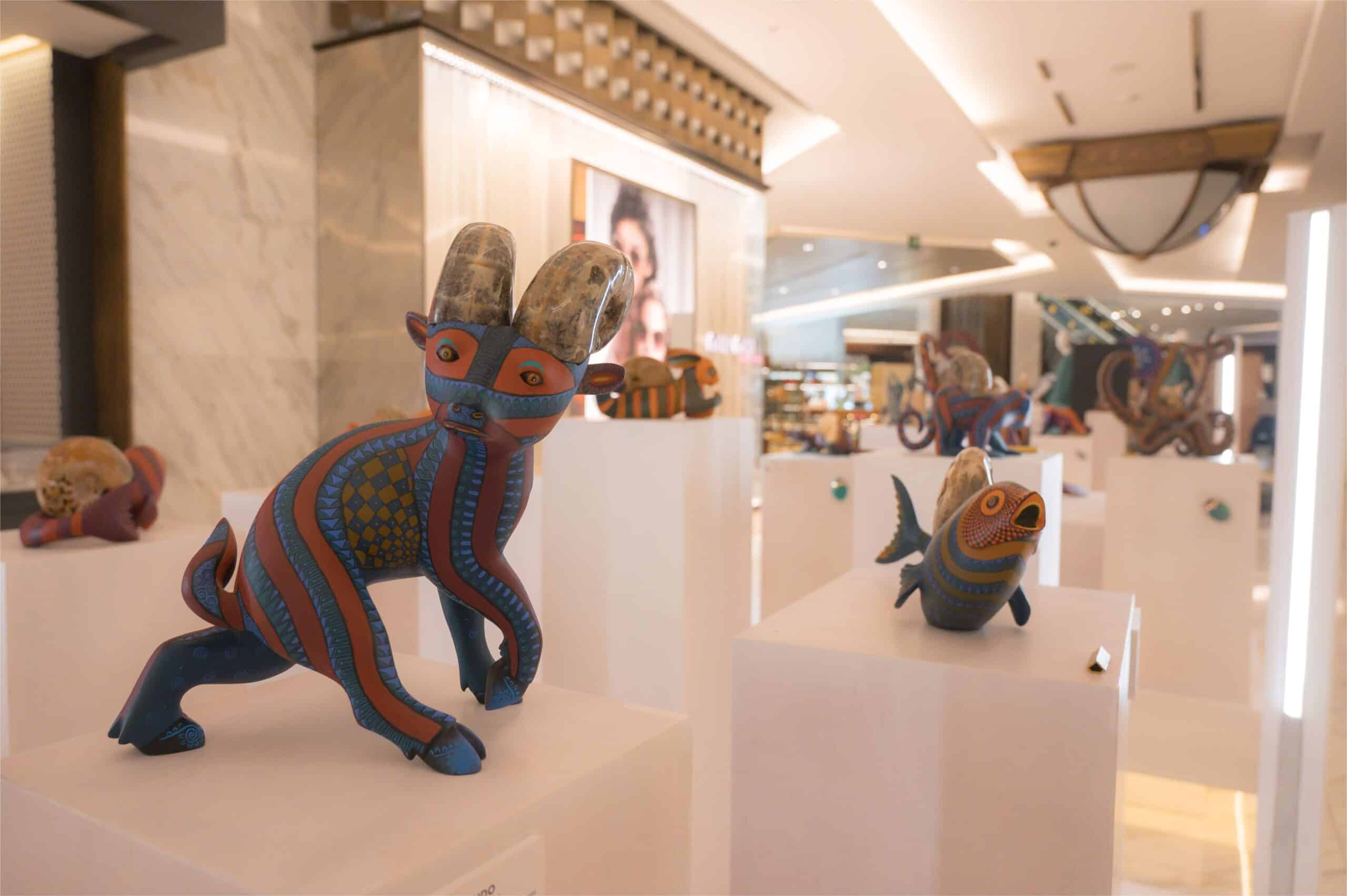