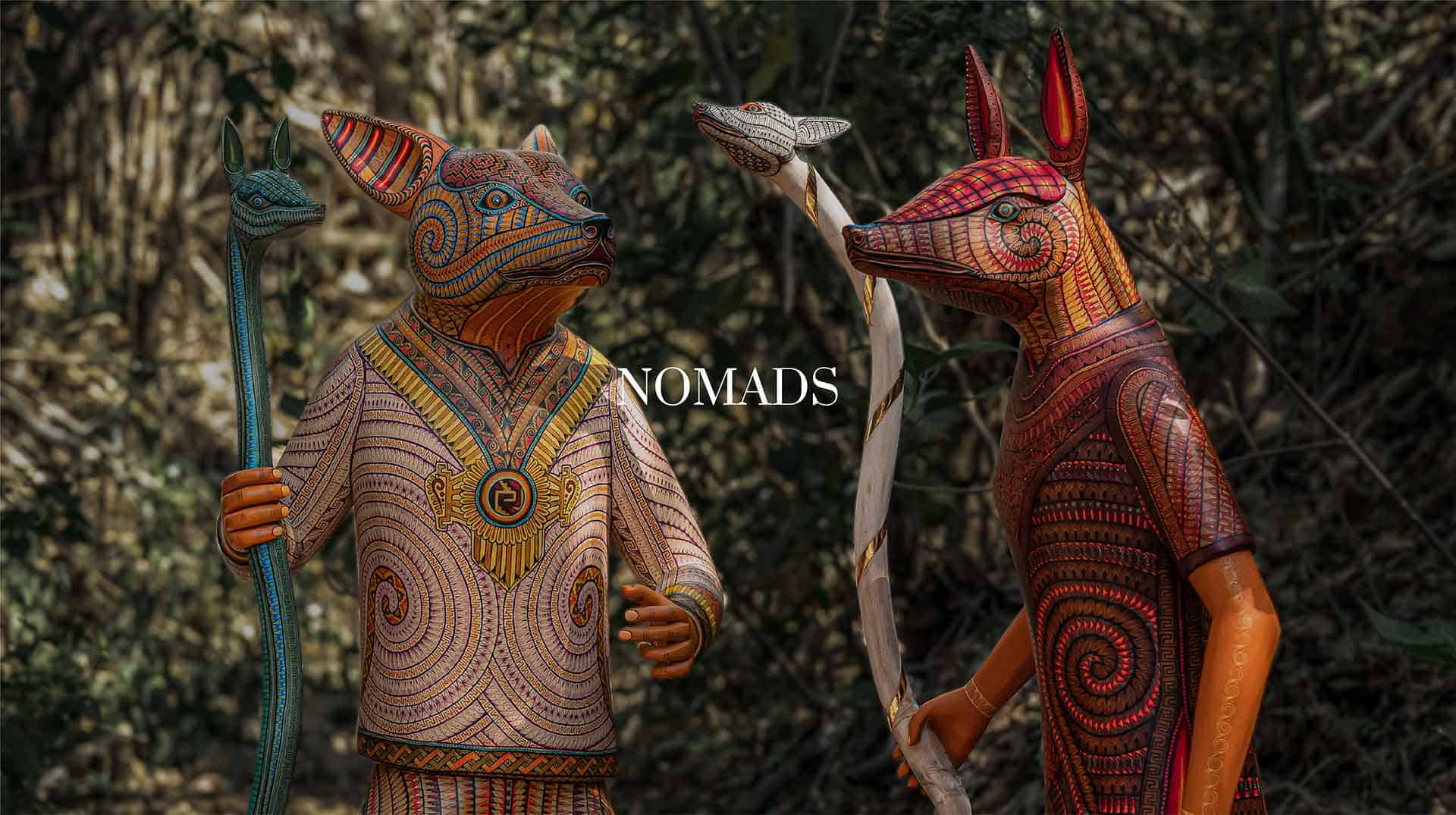 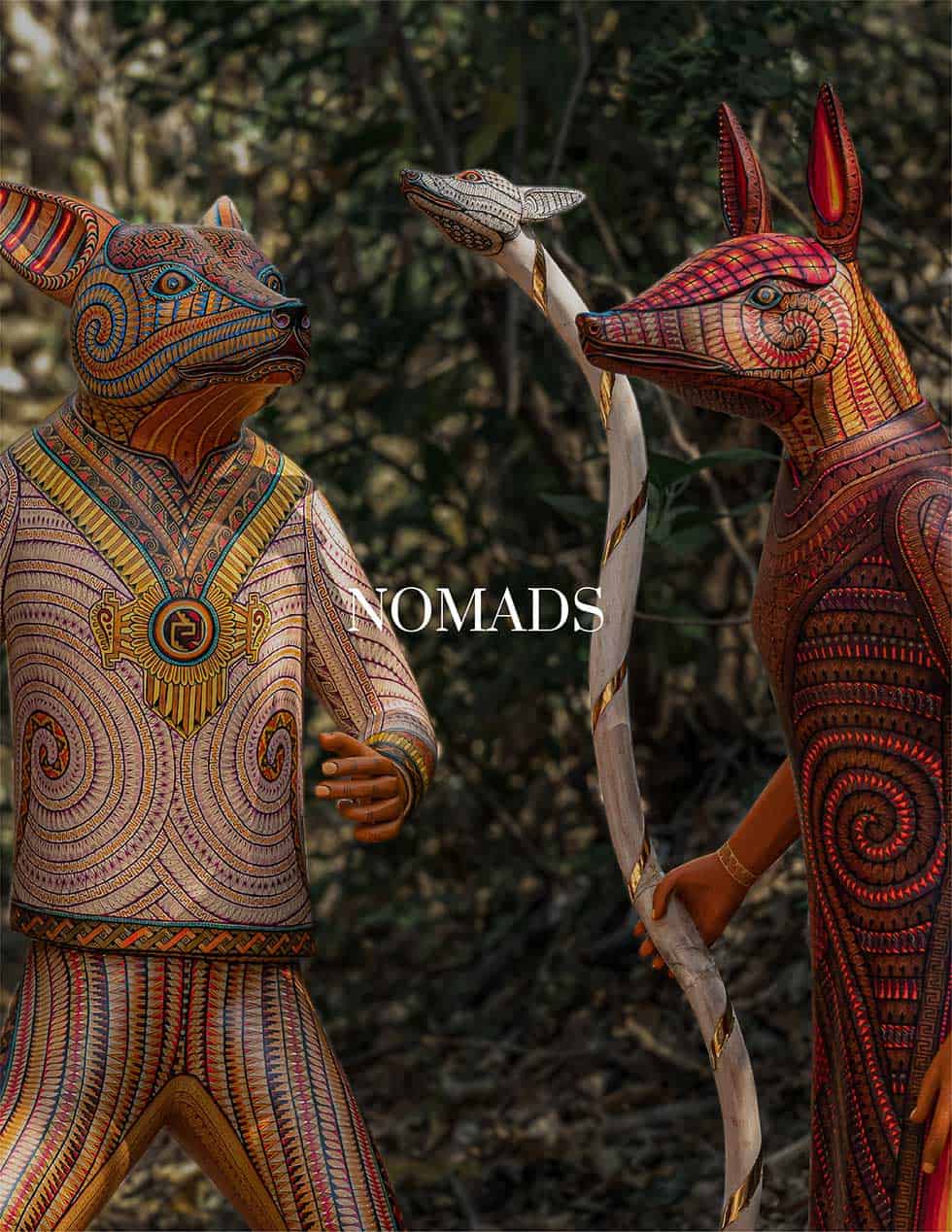 Being nomadic is a condition of movement. The primal quest for survival, a communal network of care that establishes protocols and rituals of protection among those who share path and pilgrimage.

NOMADS is a collection that represents three years of work and effort It presents a vision of a dystopian future where science merges with Zapotec ancestral beliefs; genetically experimenting with humans and mixing them with animal characteristics, going against nature with the aim of achieving greater longevity, resistance and adaptation to the land, in order to face the adversities that migration brings.

Tonas and Nahuales, hybrid beings that have become reality, together in a tribe meandering through the sierras, being displaced because of the idea of man’s superiority over nature and protecting the animals from a hostile world, product of our anthropocentric ambition for progress.

Fantastic nomads, almost mythical, walking hills that leave their mark on the landscape during their flight in a fiction about the state of defense of life.

The Jacobo y María Ángeles Workshop presents a story embodied by different characters: the warriors, the tonas, the guardians and the nahuales.

Warriors – They defend the tribe from any threat. They have silver weapons, rocks and slingshots.

Guardians – Fusions of different animals. The largest and strongest, responsible for the care, transport and defense of the warriors, tonas and guides of the tribe. For example: the two monumental Guardians that were presented at Rockefeller Center in New York on Day of the Dead 2021.

Nahuales – Fusions between humans and animals They are the leaders of the tribe, and spirit guides.

«The important thing is not to stay alive but to stay human.» 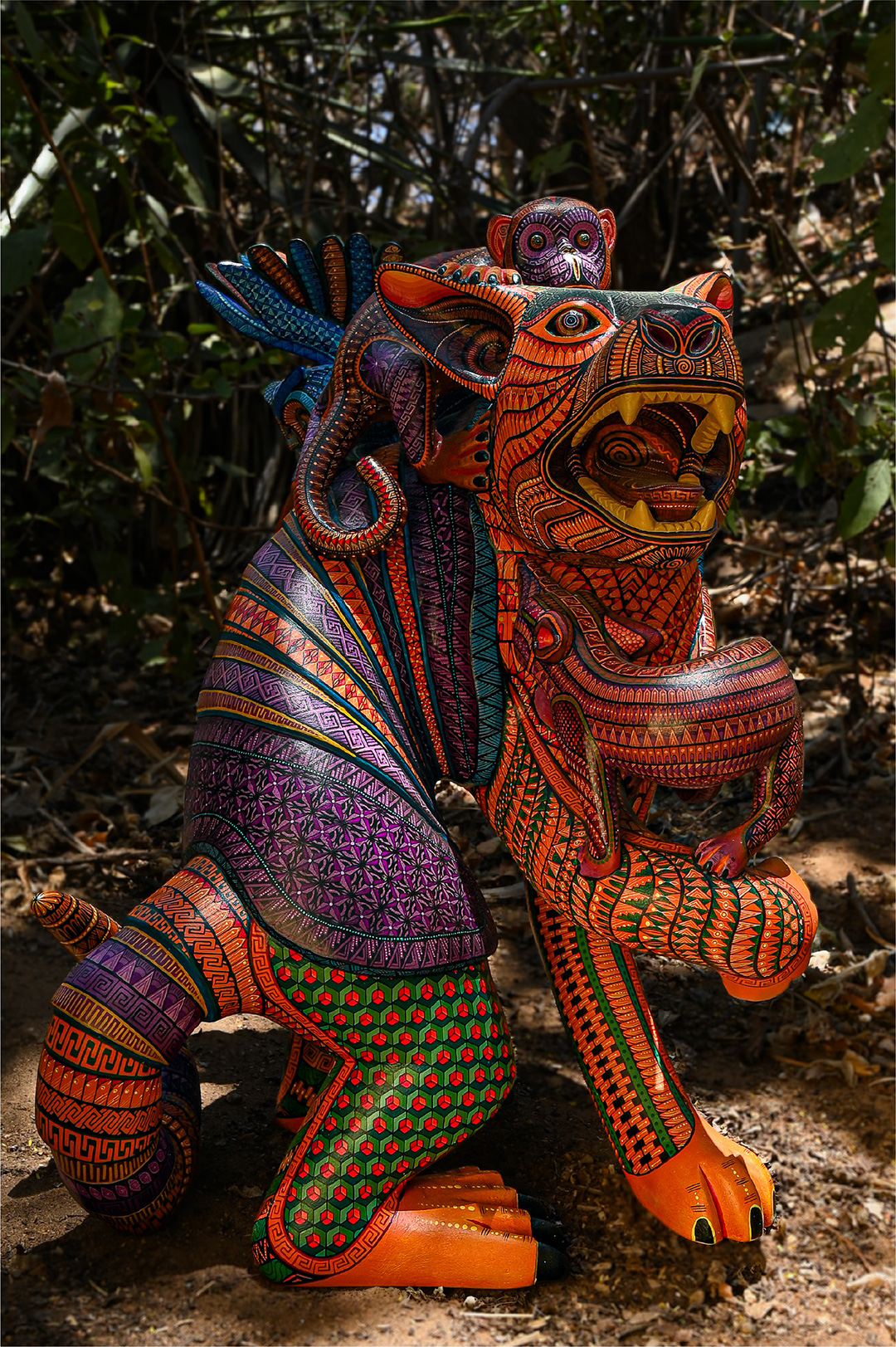 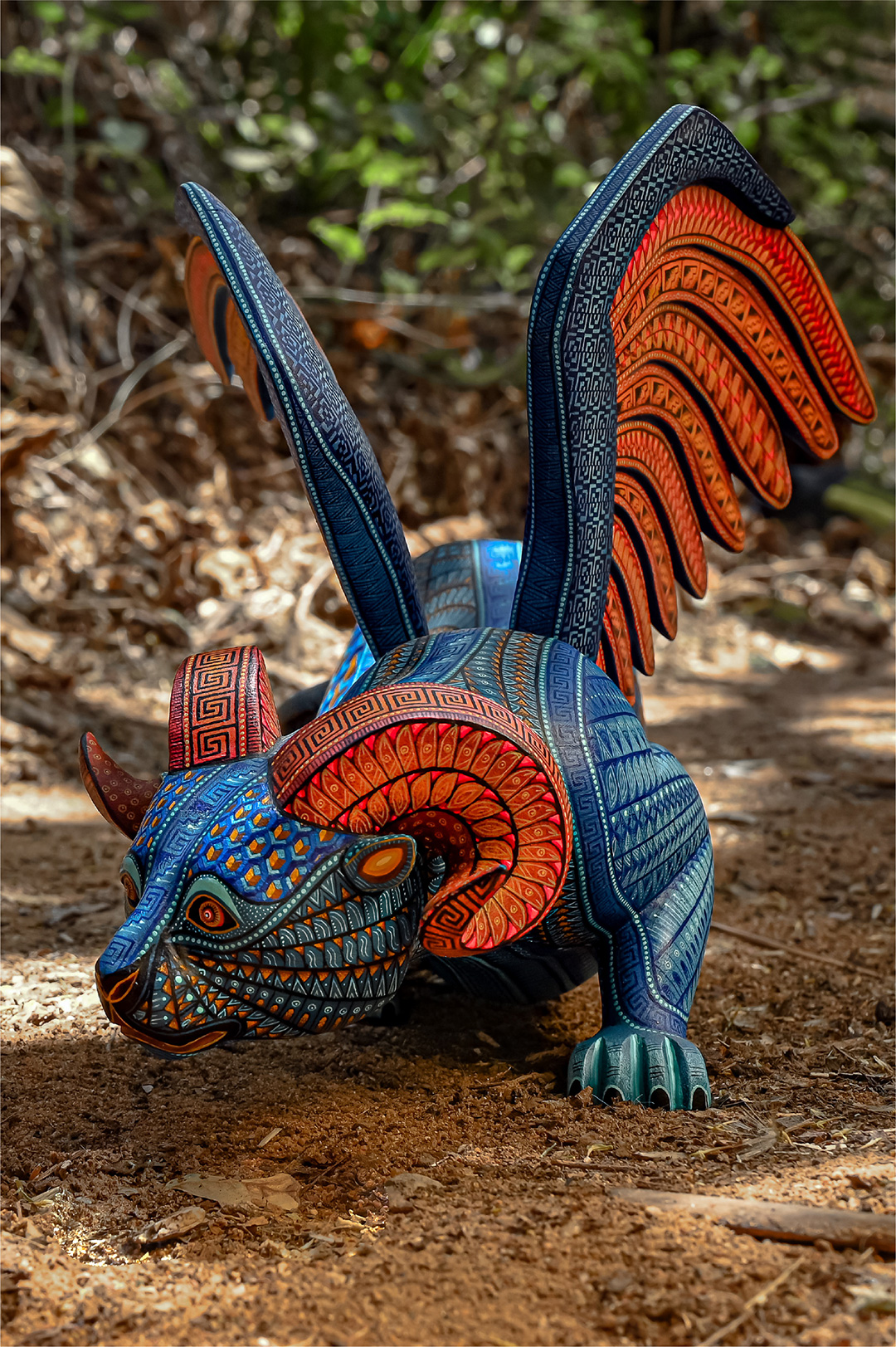 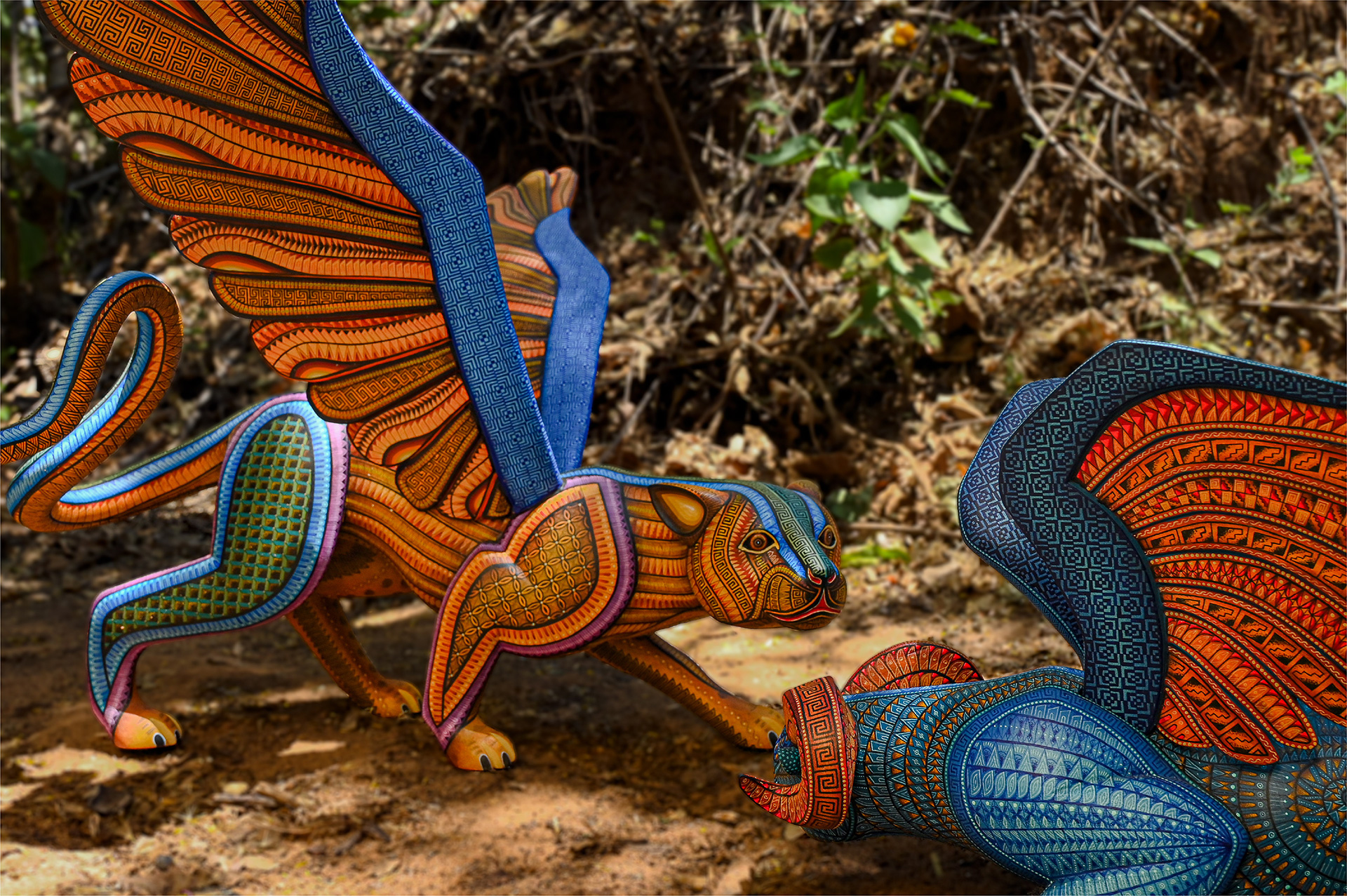 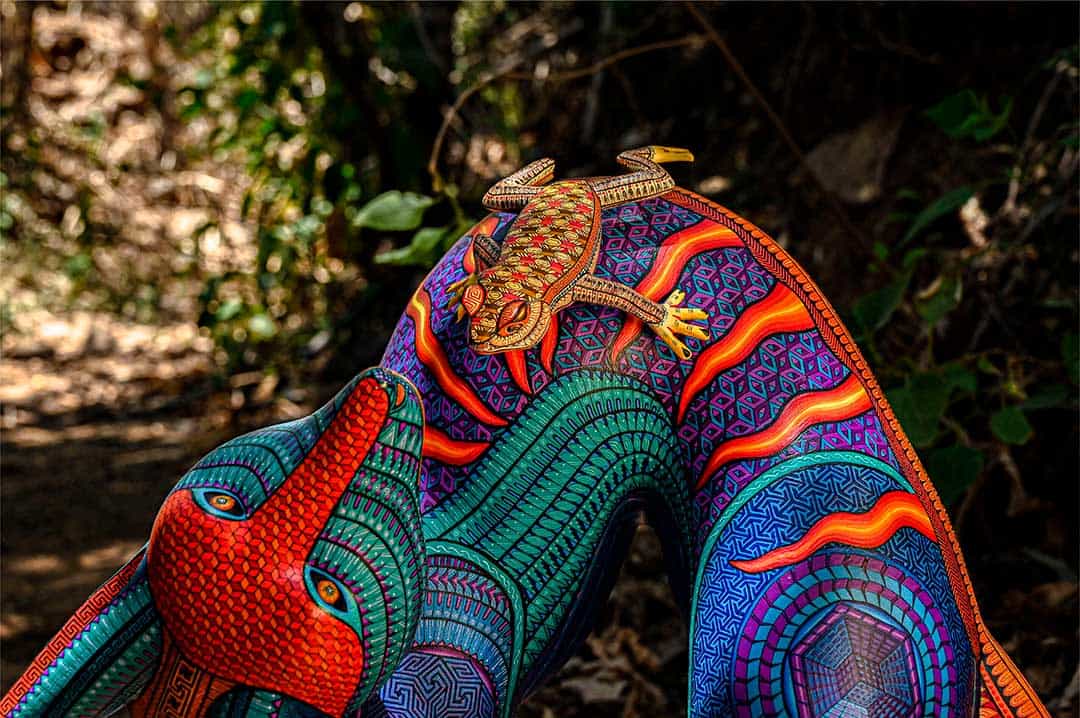